Step 1: Shift the values to be centered about 0.  E.g. if the helicopter was trimmed at \(\theta_0\) before the disturbance, subtract \(\theta_0\) from each recorded pitch value.

Step 6: Solve for the damping ratio \(\zeta\) using the equation provided in step 5.

The curve estimated by the above approach is shown below alongside the real data. 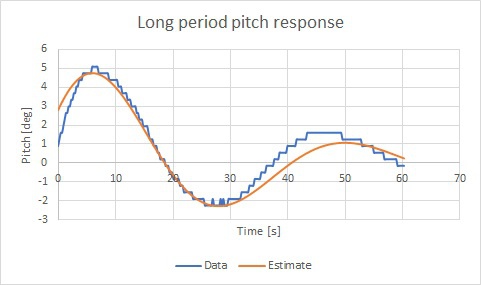