Turns are one of the four fundamental helicopter flight conditions, alongside straight-and-level flight, climbs and descents.  Pilots typically aim for “coordinated turns,” meaning turns with no sideslip or lateral acceleration.  If you’re familiar with fixed wing flight, the high-level concept is the same.  The pilot has a “slip ball” in the cockpit that he/she tries to keep centered throughout the turn.

The terms “skid” and “slip” refer to deviations from a coordinated turn.  Skidding refers to going outside the intended circular arc.  It occurs with excess pedal or insufficient lateral cyclic.  For a right turn this means the nose is turning right too fast relative to the flight path and results in left sideslip (wind in the pilot’s left ear).  The slip ball will be offset to the left, telling the pilot to apply left pedal, right cyclic or both.  In this condition, we say the pilot is “skidding outside the turn.”

Slip occurs in the opposite sense.  For a right turn, the flight path curls to the right faster than the nose turns right, resulting in a right sideslip.  This occurs with excess right cyclic or insufficient right pedal.  The slip ball will be offset right, telling the pilot to apply right pedal, left cyclic or both.  In this condition, we say the pilot is “slipping inside the turn.”

From above, you can see why pilots are instructed to “step on the ball” to coordinate a turn.  When the ball is displaced right, pressing right pedal will correct it.  When it’s displaced left, pressing left pedal corrects it.  This is a universal truth for both right and left turns.

Thrust in a Turn

In a turn, the main rotor must produce more thrust than in straight-and-level flight.  The rotor must provide the centrifugal force for the curved flight path while still supporting the weight of the helicopter and propelling it at the desired speed.  This excess thrust can be obtained by increased descent rate or increased collective control.

“Single control” turns with only lateral cyclic or only pedal are technically possible.  However, a steady, coordinated turn typically requires a combination of both. Without pedal, a lateral cyclic input will roll the helicopter with excess lateral acceleration and slip.  Directional stability will eventually provide yaw in the desired direction, but not enough to eliminate all slip.

Math of a Coordinated Turn 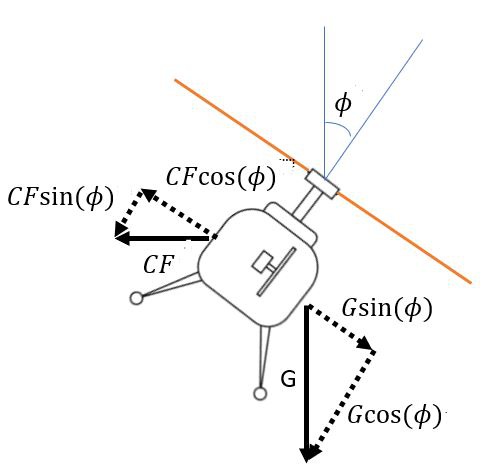 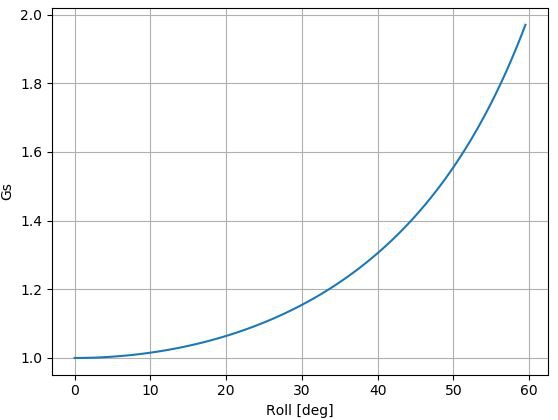 We skipped a technical detail above when discussing cyclic only turns.  Upon entering such a turn, the helicopter may initially yaw in the wrong direction.  This phenomenon is known as adverse yaw, and also occurs in fixed wing aircraft.  In a right turn, the downward movement of main rotor blades on the right side of the aircraft increases their angle of attack.  This tilts the lift vector forward, reducing torque.  For American helicopters, with main rotors spinning counter-clockwise (viewed from above), engine torque yaws the nose right.  The reduction in torque therefore yaws the nose left, opposite of what is desirable.  This effect only exists with a roll rate; it's not present when holding a steady roll angle.  Furthermore, once the helicopter starts slipping right, directional stability will overpower this phenomenon, yawing the nose back to the right.